Big Brands, Once Dominant at SXSW, Pull Back

Previous Next
Big Brands, Once Dominant at SXSW, Pull Back

Samsung is out. Spotify, Fader Fort, Bud Light and others have scaled back. And South by Southwest’s most exclusive afterparty, the Illmore, is no more.

With around 350 sponsored events set for Austin, Texas, in coming days — roughly 100 fewer than were scheduled at this time last year — insiders are citing costs, clutter, changing tastes and the tightening of the Austin real estate market for a shift in brand spending around the 31st installment of the music, tech and film festival, which kicks off Friday.

Read This Story In Billboard

“What we’ve maybe lost is some of that over-the-top spending — the spring break-style free-for-all,” says branding expert Jennifer Sinski, vice president of Austin PR firm Giant Noise and founder of RSVPster.com.“The marketing has changed,” she says of companies such as Spotify, which are now doing more “highly curated, private events” targeted to specific influencers with potent social media followings, rather than big public concerts that most anyone can attend.

Andrew Lee, founder of UnofficialSXGuide.com, a site that’s tracking the 350-odd collateral events around Austin this year, puts the decrease at “about 25 percent,” similar to Sinski’s estimate.

SXSW: 15 Must-See Films and Speakers at This Year’s Fest

“I just remember being completely overwhelmed this week last year, on Twitter all day, scheduling posts,” Lee said of the rapid-fire pace of 2016 event announcements. “It was nonstop. There’s definitely a noticeable difference.” But he also notes that parties and performances are continually added, and as if on cue, he was forwarding the details of a just-announced show by Lil Wayne, set for March 16 at Stubbs BBQ.

But many agents, ad execs, PR reps and rising artists tell Billboard it’s okay if deep-pocketed sponsors such as Samsung — presenter of Prince in 2013, Jay Z and Kanye West in 2014 and Sia, The Strokes, 2 Chainz and Elle King last year — and other brands pull back a bit. Since 2014’s peak-bloat moments — when Doritos, Lady Gaga and a 56-foot vending machine came to town and Samsung brought Jay Z and West — a course correction has been in order, many professionals say. 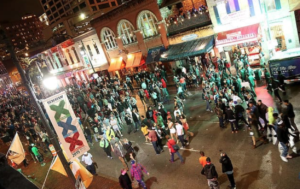 “What it’s doing is evolving,” says JSM Music CEO Joel Simon of SXSW’s shifting brand vibe. “That happens with anything that’s been around a long time, especially something that merges art and commerce. You’ll always have the diehards who long for the days when it was fresh and grungy and hip and dirty.

“But if you’re Samsung, or anyone on that level, you go big or you go home,” he continues. “To really have a presence, the investment has to be extraordinary: It has to be the most coveted event, the No. 1 ticket. That’s a commitment. All brands have to evaluate if they’re gonna go down there and spend a few million dollars — is it gonna move the needle?”

That some brands may be re-evaluating their approaches in Austin is to be expected. Michael Goldberg, CEO of Zimmerman/Omnicom, says the landscape has been crowded for a while: What was once about “the magic of discovery, be it music or innovation,” is now “a brand traffic jam.”

Samsung did not respond to requests for comment, nor did official SXSW sponsor McDonald’s — another anecdotal shift from a few years ago, when brands were eager to discuss their SXSW initiatives with reporters.

Further complicating brand decision-making is Austin’s flourishing real estate market, where even a barren field might now command upwards of $35,000 per day. The region’s building boom also means that some venues and once-wide-open event spaces like parking lots have simply disappeared. On the site where Fader Fort hosted Drake and Kacey Musgraves last year, developers are putting up a mixed-use apartment and retail complex. The former Eastside field that was home to the Mess With Texas fest now sports a condominium. La Zona Rosa, the venue Prince played in 2013, is gone; an office building now stands in its place (although the building may be the scene of an Apple event).

This year, Fader Fort’s invitation-only events will be held at the comparatively tiny Volcom Garden, home of a former ceramics shop and soon to be a Volcom retail store. (Co-sponsors include Toyota, Jack Daniels, vitaminwater, The North Face and Dream Hotel.)

“We’re not seeing fewer brands,” says Scott McNearney, SXSW’s director of global sponsorship. “We are seeing far fewer empty places and empty buildings. There are a lot of factors that contribute to how brands are activating at South By this year.”

Of course, it’s SXSW, so there will be spectacle. This year’s prize-winner may come from TNT,

TNT’s rendering of its FlowRider wave pool at SXSW

which is promoting the return of its summer crime drama Animal Kingdom. The network is investing heavily, erecting a FlowRider wave pool at Congress Avenue and West 4th Street complete with cabanas and free bathing suits for anyone who wants to hang ten.

“I’d rather not share the budget,” says TNT vp marketing Telmo Tabuas. “But we’re launching in the biggest way possible.”

Elsewhere, among official sponsors, Mazda has partnered with The Hollywood Reporter-Billboard Media Group’s sites Spin, Vibe and Stereogum for Mazda Studio at Empire, a design lab and art studio that will also be a concert site. Capital One will host three nights of concerts at the new Antone’s space starting Friday, featuring Joywave and Arizona, followed by Aloe Blacc, Whitney, Smash Mouth and Fastball on Sunday. Monster Energy will host four nights of events at their Outbreak House (details to be announced). 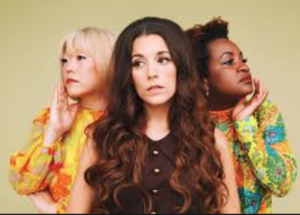 And Pandora is taking over The Gatsby for its annual Discovery Den, which will once again spotlight emerging artists, among them Austin singer-songwriter Charlie Faye, who fronts retro girl group Charlie Faye and the Fayettes.

“I don’t fear for the financial health of South by Southwest,” Faye says when asked about brands pulling back. “I don’t imagine it’s shrinking, just like I don’t think that being big means it’s ineffective.” Faye, who signed a sync deal last year with Bank Robber Music after an informal interaction during a panel session, says such serendipitous moments are still plentiful.

“I still feel like this whole branded, connecting artists with brands, activations, experiential marketing is not out of vogue yet,” concurs Josh Rabinowitz, executive vp/director of music at Townhouse/WPP. “For a while, it was really hot and sexy and alluring for musicians and brands to commingle. It was like a honeymoon.

“Now it’s kind of a marriage,” he concludes. “And you want to keep the marriage in a meaningful, loving place.”

This article first appeared on Billboard.com.