Q&A: Betty Buckley Looks Back, from Eight is Enough to Cats and Grey Gardens

Previous Next
Q&A: Betty Buckley Looks Back, from Eight is Enough to Cats and Grey Gardens

Betty Buckley says she’d love to be at the Neil Simon Theatre on Thursday to welcome Cats back to Broadway after a 16-year absence. But the musical’s now-and-forever Grizabella will be otherwise engaged with a feline ensemble of a different sort. The night before Cats‘ first New York preview, Buckley opens at the Ahmanson Theatre in Los Angeles, starring as Big Edie in Grey Gardens. 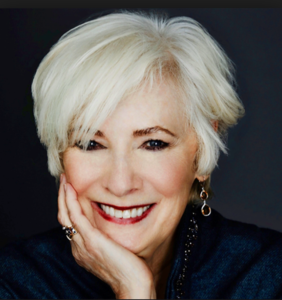 The Tony-winning 2006 Broadway musical has been restaged by director Michael Wilson, whose 2016 Grey Gardens now includes live and filmed media sequences inspired by Albert and David Maysles’ 1975 cult documentary of the same name. “It’s an exciting mix of theater and film,” says Wilson.

For Buckley, the eccentric matriarch Edith Bouvier Beale — shut away with her equally unconventional daughter, played by Rachel York, in a decaying mansion in East Hampton, New York, overrun by cats — is just the kind of role she craves. (Both Mary Louise Wilson and Christine Ebersole won Tonys for the same parts in the original Broadway production.)

Beloved for her iconic turn as TV stepmom Abby Bradford on Eight Is Enough, and a 1983 Tony-winner for Cats, in which she closed the first act with a crystalline performance of “Memory,” Buckley has worked continuously in movies, music, television and on stage. She also has recorded 16 albums, the most recent of which was 2014’s Ghostlight, produced by childhood friend and fellow Texan T Bone Burnett.

In January, Buckley appears in M. Night Shyamalan’s Split, opposite James McAvoy and Sterling K. Brown, renewing an association with big-screen frightmeisters that dates back to her film debut as the sympathetic gym teacher in Brian De Palma’s classic Carrie.

Meeting in a rehearsal annex just across from the Ahmanson — where Grey Gardens runs through Aug. 14 — Buckley, 69, speaks about her career with the enthusiasm of a kid just starting out. Her eyes sparkle and she’s smiling for 90 minutes straight as she tells The Hollywood Reporter about the show, a few of her favorite memories and why she’ll always always keep working.

Why do you think there continues to be such a cult following around everything Grey Gardens? 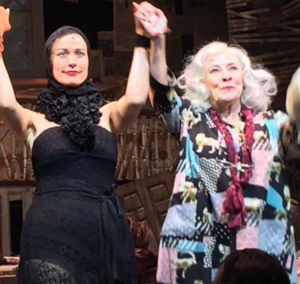 It’s just an incredible study of a mother-daughter enmeshment. Some people see two crazy old ladies. Others see the social commentary. One guy said to me, “Why didn’t they just leave?” But where could they go and how do they make a living? They were meant to be wives and mothers. They were rebels and bohemians in a time period when the expectation thrust upon them wasn’t how they wanted to live. It makes us think of the role gender has played in American life and the limits placed on women.

What about fear? Maybe audiences see a little bit of themselves in Grey Gardens, like “this could happen to me,” and that’s the appeal?

Oh, yes. Absolutely. Our culture is so about money and positions. What do you do when the money runs out?

Are you still nervous before a performance?

Always. But I tell my students — I have been teaching acting and song interpretation for 40 years — you cannot call it “fear.” Call it “a highly adrenalized state.” If you call it fear, it negates everything and you start to contract. You have to learn how to relax inside.

You mentioned earlier that you actually have seen the new production of Cats, in London last year?

Yes, I was at Royal Albert Hall doing a concert version of Follies and we got to see it and I walked into the theater and I just started crying. I was so touched. It was very nostalgic. And I will see it in New York.

Your musical influences were quite varied growing up.

My favorite bands were Led Zeppelin and the Jefferson Airplane. I’m a child of the ’60s. I wanted to be Janis Joplin. But I learned to sing listening to the great lady jazz singers: Della Reese, Ella Fitzgerald, Sarah Vaughn and, of course, Judy Garland.

We have to talk about Eight Is Enough! You really rewrote the book on stepmothers with that part.

Those kids were young, they believed they were those characters. It was an immense loss to them, losing Diana Hyland. So it was like being a real stepmother. Abby was a different kind of mother-figure than we had ever seen on television. The first two years were bumpy and then everybody got used to each other and it became a dream job.

Did you stay close with the cast?

All through the years Dick

[Van Patten] and his wife would come see me in shows and were just really loving. He was a great guy. We all got together at his memorial last year and there was something coming full circle that I finally understood — things that he tried to teach me about show business that I just knew nothing about. I look back on it — 29 episodes a year for four years — it was an extraordinary gift. I grew into a better actress. I’m very proud of it.

I’m very grateful that I’m still working and there’s a certain vitality to my career. I’ve just always had this kind of knowing that my best work would be in my later years.

Do you ever see yourself back on Broadway?

Sure, I’d love that. We’d love to take this to Broadway. I think I’ve still got time for a couple of big Broadway projects.